The Psyche behind computer viruses

Over recent years, computers have become synonymous with viruses and viruses don’t show any signs of disappearing any time soon. We hear news about viruses wreching havoc on financial systems, organizations, home pc users almost daily. In the past, it was a bit rare to catch viruses specially before the advent of internet and its mass adoption. Today, you can’t live with a good antivirus in your system. Computer viruses are rampant and wouldn’t miss any opportunity to attack your computer. So, lets’ understand what viruses are, why people create them & how should you guard your computer to prevent their spread. 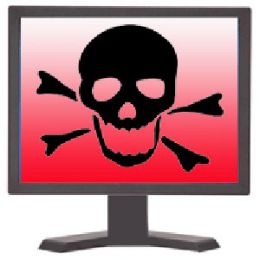 A computer virus can be called as a software program designed to do some sort of programmed destruction. Now the destruction is usually negative, however it could be positive also depending on the intentions of programmer behind them. Normally, a virus will attack computers via distribution – often unknowingly – through email attachments, software downloads, and even some types of advanced web scripting. Just like a biological viruses, computer viruses have the ability to replicate themselves. You can classify viruses on different scales. We’ll not go into that.

There are boot sector virus, file system virus, worms, trojan, rootkits & so many of the varieties. A virus originating from the boot sector of a computer is a boot-sector virus and it attempts to infect the boot sector of hard drive therefore completely crashing system if it succeeds. You won’t be able to run Windows if it has corrupted boot sector. You’ll probably need to see technician in this. A virus that infects other programs & files and folders is a file virus and activates the moment that an infected program is run or file is clicked. File viruses may also be referred to as parasitic viruses, however should a virus work from both the boot-sector and from an infected program, the virus is then known as a multipartite virus.

We wouldn’t be surprised to learn if other motivations behind spreading viruses were similar to this person’s, but that doesn’t justify the damage that viruses do. Innocent people become pawns for the evil plans of others who’ve convinced themselves they’re doing the “right” thing.

And lastly, to protect a computer from getting a virus, or clean a virus from a computer system once infected requires the use of an antivirus software. Most people are ignorant in believing that if they have antivirus installed, they can run any program (even infected) and no virus will ever touch them. They don’t even realize the importance of updating antivirus file signatures regularly. You need to have a good antivirus with realtime protection always working behind and make sure you update it on regular basis.

Six Must have firefox addons for Power Surfing

How to Block Advertisement in Free Antivirus Programs